Dina presents her book at  “Salon du Livre” in Lebanon in October 2015 and gives her first TV and radio interviews ( in French) on mtv, a Lebanese TV Channel, and on Radio Liban. She talks about the book, and her first days in Germany 31 years ago, how she misses home and her mother’s cooking, and about her successful cooking classes that will inspire her to write “The Taste of Marjeyoun”, with insight into her family and town history in south Lebanon, as well as funny, and entertaining anecdotes. The book is originally written in English, and is automatically translated into French by her publisher Tamyras, a renowned French/Lebanese Publisher in Lebanon.

Additionally, Dina appears 4 times in Café Chaud on Radio Monte Carlo  where she presents her book (in Arabic) in her  first radio interview, and in the following appearances talks about Kaik bi haleeb (small anise cakes) and Brakat (turnovers filled with fried eggs) from her book, and about Gulasch Soup, a German/Hungarian soup from her repertoire, and reveals her recipes.

About The Taste of Marjeyoun (in Arabic) 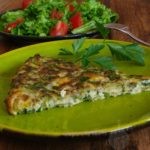