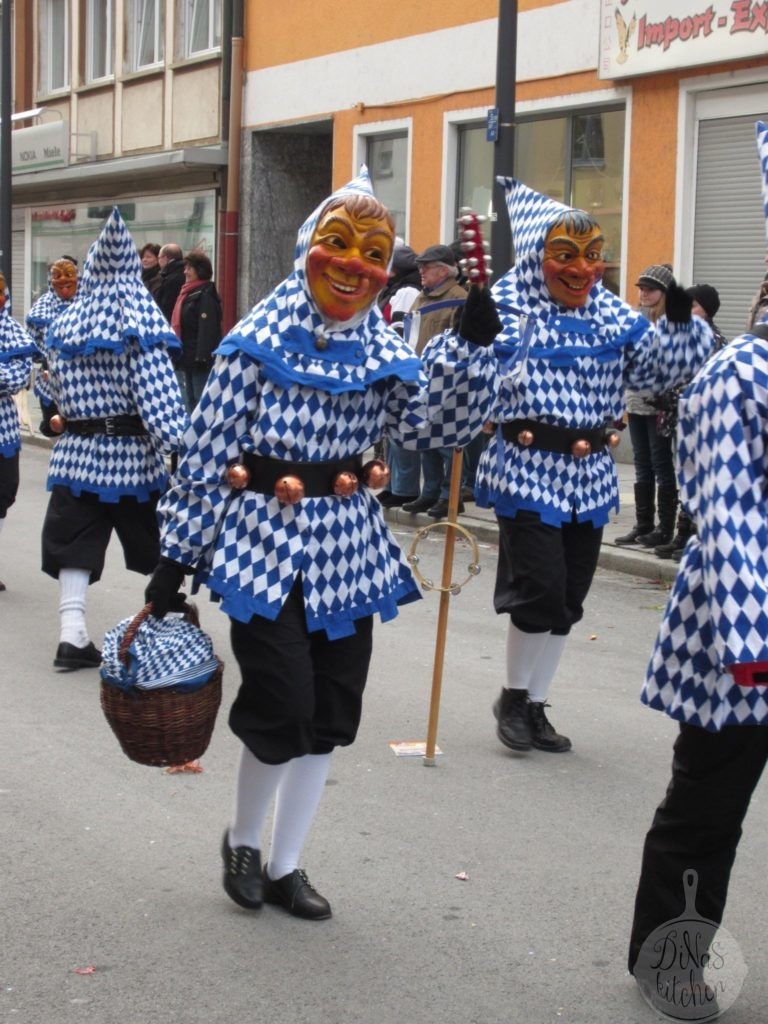 What I love about Germany is its deep sense of traditions. Germans take pride in their traditions and wouldn’t exchange them for anything in the world! One of the them is the Carnival season, also known to be the fifth season, that officially starts on 11.11 at 11:11 since centuries every year. Germans love their Narrenzeit (time to have fun, play the fool and enjoy life).

Prior to Lent, a period of fasting, prayer and penitence before Easter, Germans celebrate the Carnival Season with lots of cultural events such as costume balls with hand-made costumes, vibrant street parades and pranks of all sorts. It is a time of festivities that culminates on Thursday before Shrove Monday and reaches its highlight with the parades on Monday and Tuesday before Ash Wednesday the following week. The most famous parades take place along the Rhine, in Cologne (Köln), Düsseldorf and Mainz. After this long period of wild celebrations that starts after the Three Kings on the 6th January and officially ends on Ash Wednesday, many Germans refrain from eating meat, chocolate or drinking alcohol for 40 days until Easter Sunday. Traditionally they have fish on Ash Wednesday and on every Friday during the Lent period. 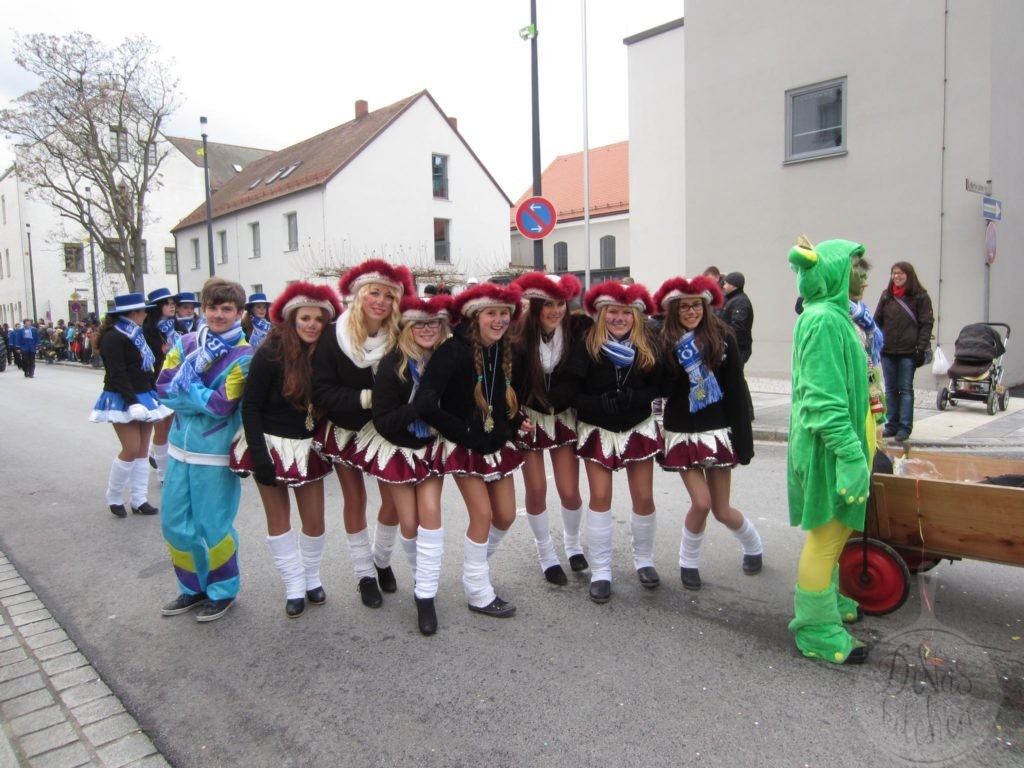 Lebanon on the other hand, being a multicultural country, has a lot to offer in terms of traditions. These differ from region to region in my beautiful Levant country. The preparation for Lent has already started in the Roman Catholic and Maronite Churches and other western-rite churches in Lebanon. Orthodox and other eastern Christians begin fasting one week later this year. Lenten fasting among Eastern Christians, regardless whether they follow the western or the eastern-rite churches, is much more strict than among their Western counterparts. They not only refrain from eating animal products during the whole period of Lent but they also abstain from eating, drinking or smoking from midnight till noon and would restrict themselves to vegetarian food during the whole fasting period. Check for vegan and vegetarian dishes on the blog. 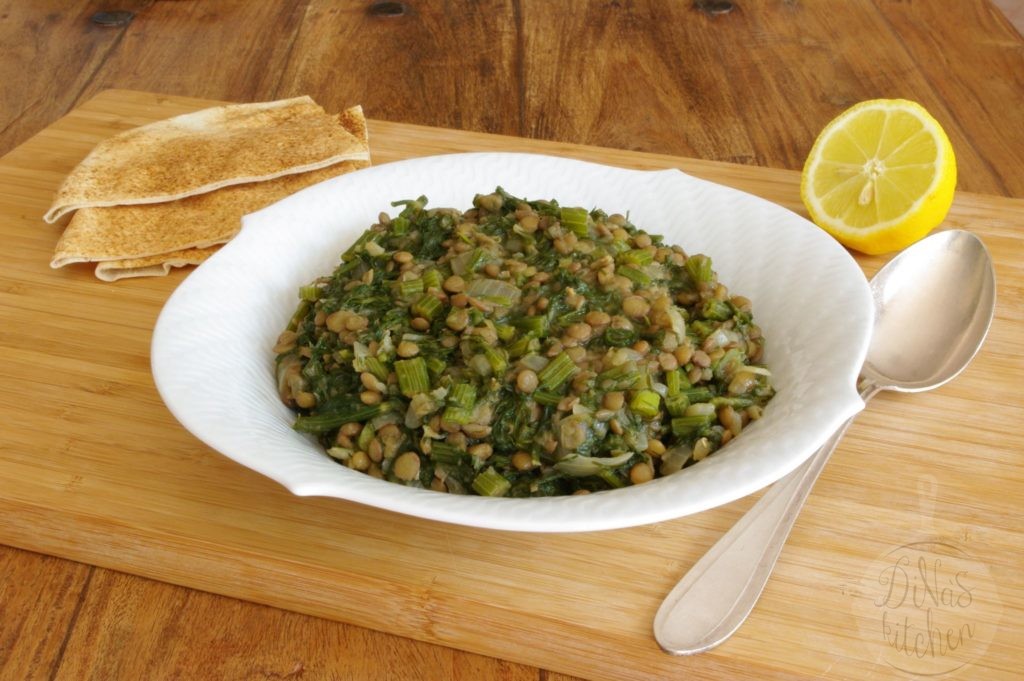 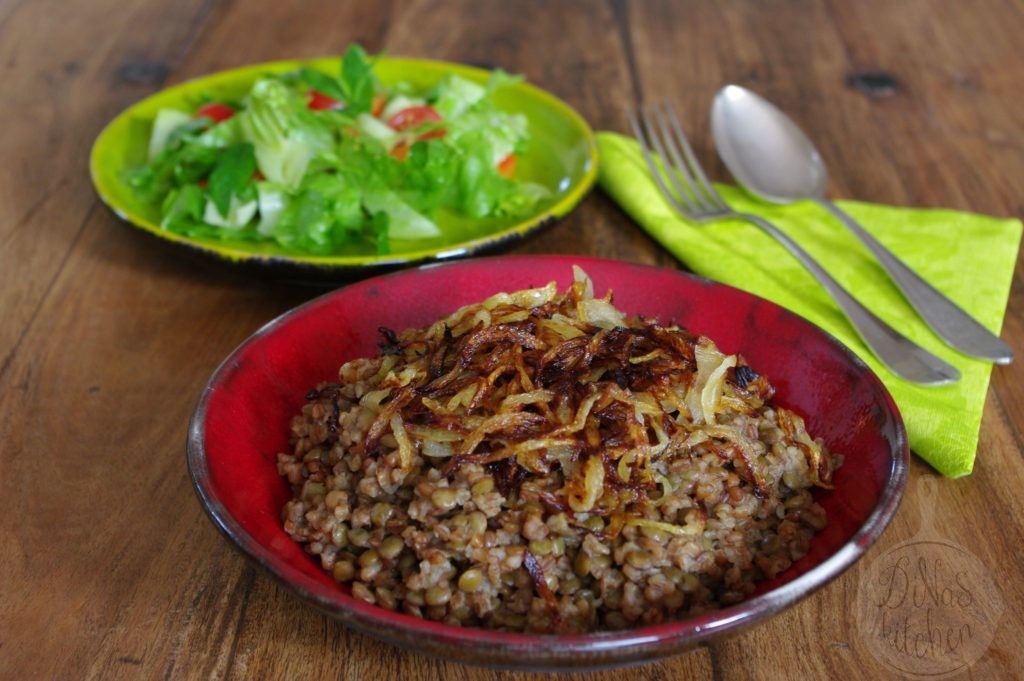 Mdardara, recipe on the blog 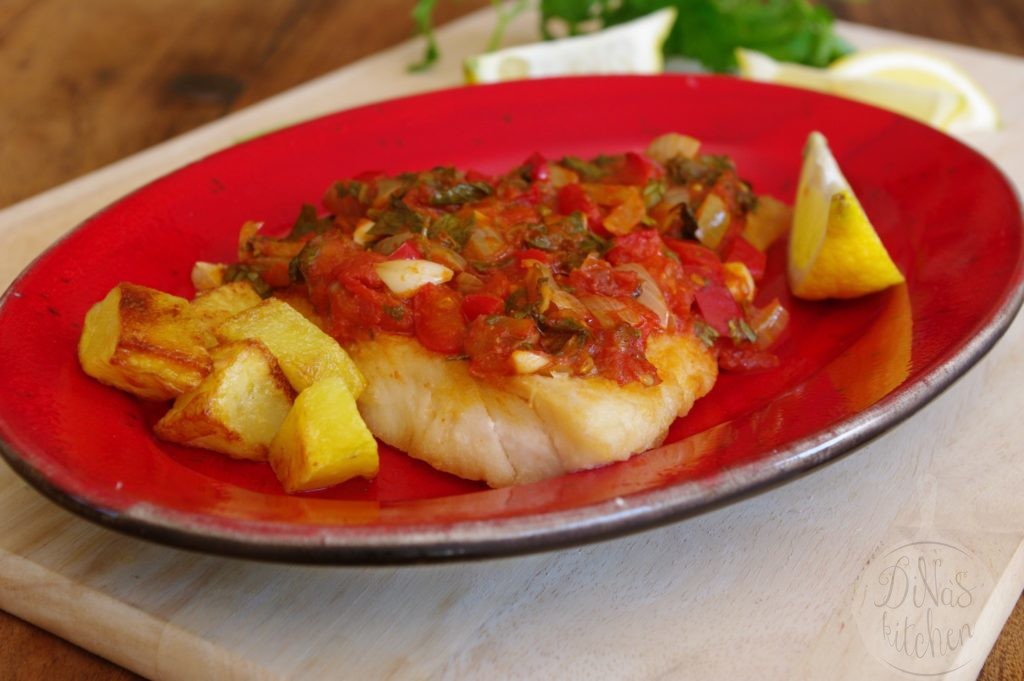 Samkeh harra, recipe on the blog

Lots of festivities take place during the Week of Marfa’ before Lent starts on Shrove Monday to last a total of 6 weeks. The most important one is on Khamis el Sakara or Fat Thursday before Shrove Tuesday or Mardi Gras. It is a large family get together where all members meet to celebrate the coming of the Fast. Traditional food like Kibbeh, Tabbouleh and all kinds of Meza is served and a great amount of Arack is consumed. The equivalent to this Thursday in Germany is called “Altweiber” (Old women) or “Weiberfastnacht”(The Women’s Carnival Day). During that day, the ladies bring to work a pair of scissors and happily cut off the men’s ties! 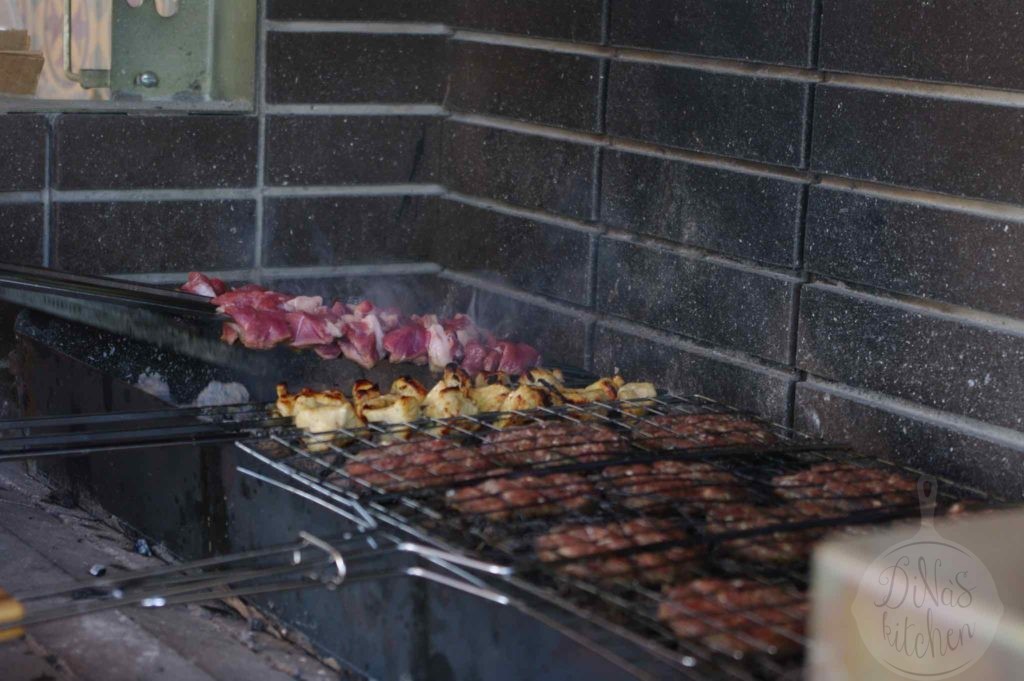 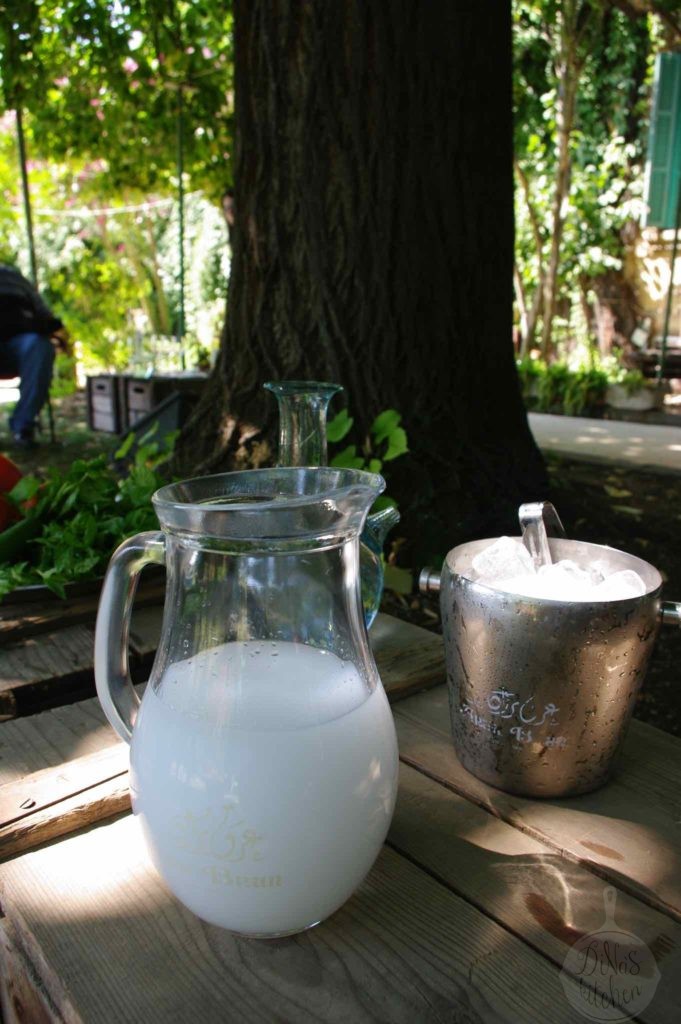 In Marjeyoun (in south Lebanon), where my family comes from, Mabroumah (also Known as Knefeh) is prepared and distributed to family and friends during the Week of Marfa’ to celebrate the beginning of the Lent. The counterpart of Knefeh in Germany is the Krapfen (German doughnut) and is eaten in large quantities during this week of festivities. 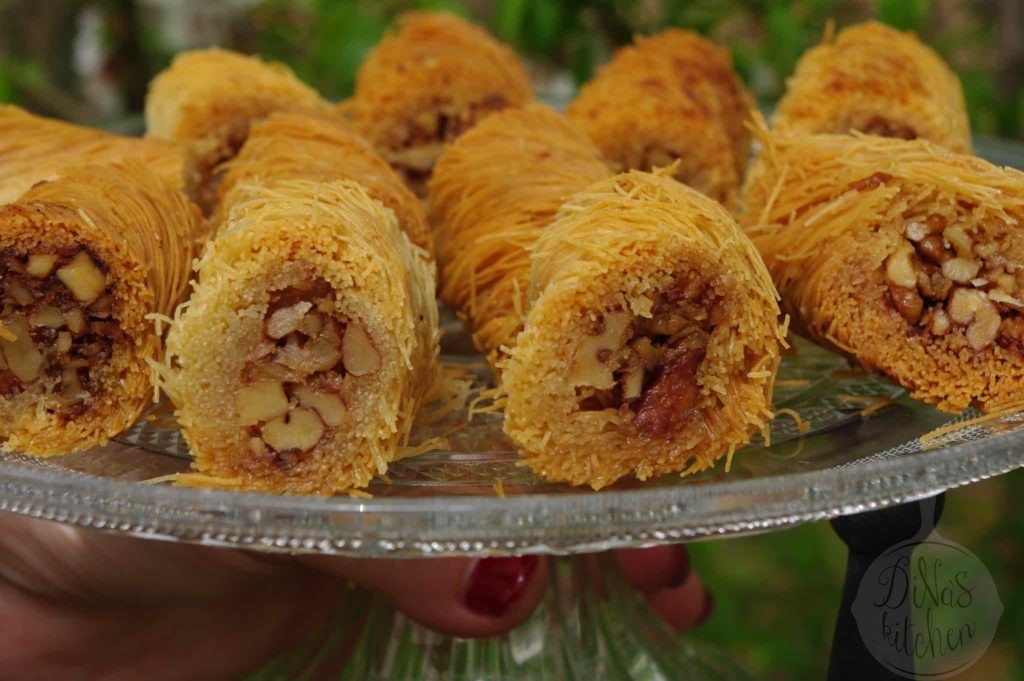 Mabroumah/knefeh, filled with walnuts. Recipe in my book The Taste of Marjeyoun 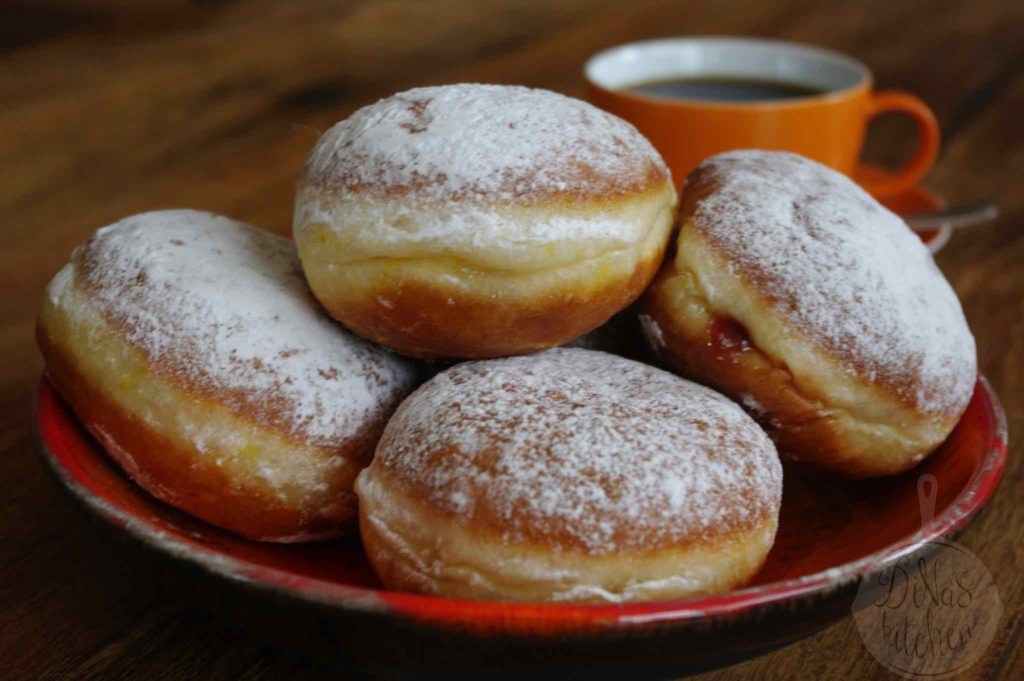 During the Holy Fast however, people indulge themselves with all sorts of sweets that don’t contain any dairy products such as Nammourah (Semolina cake with syrup), Sfouf (Semolina cake with turmeric), Maacarons (Anis cookies dipped in syrup), Awamat  and Katayef bi-joz (Pancakes filled with walnuts). 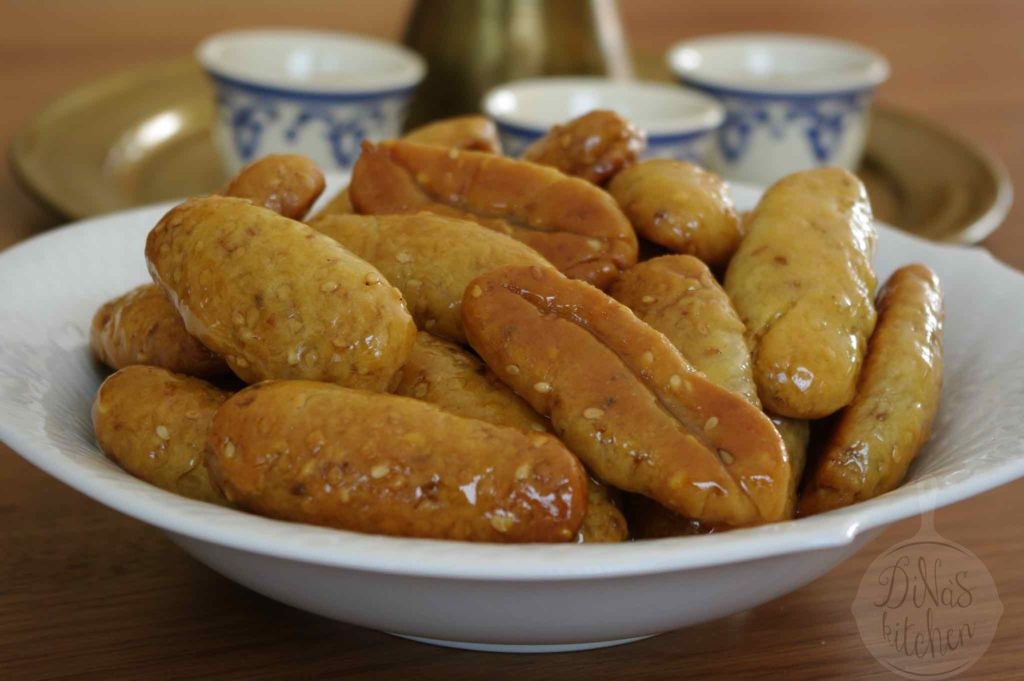 Maakaron, aniseed cookies dipped in syrup. Recipe in my book The Taste of Marjeyoun 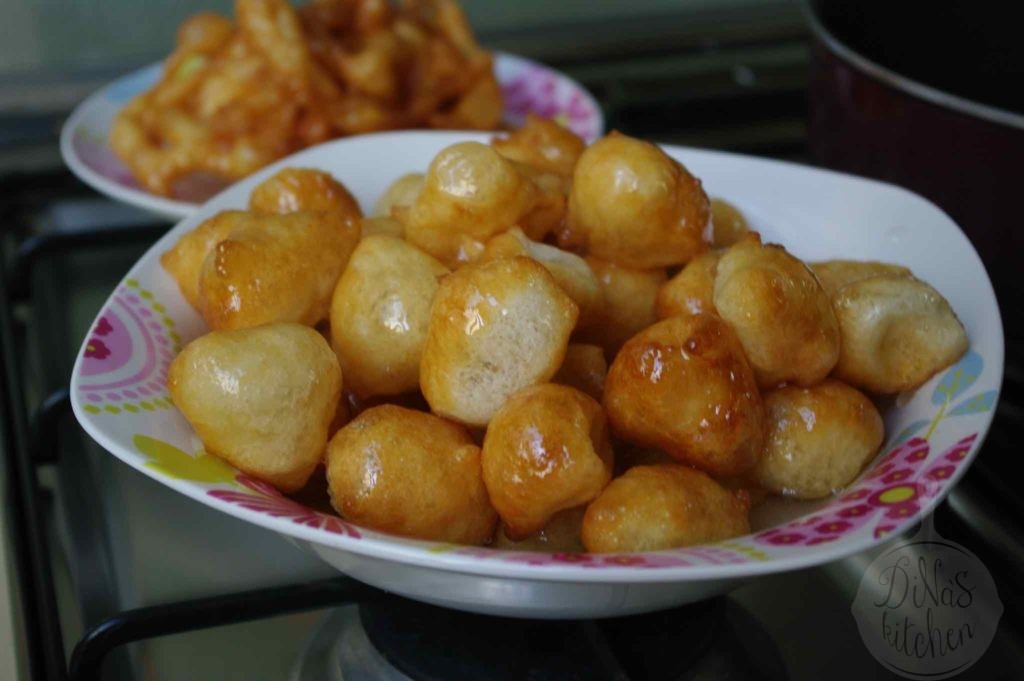 Awamat, puffy fritters dipped in syrup. Recipe in my book The Taste of Marjeyoun

Katayef bi-joz, pancakes filled with walnuts and served with syrup 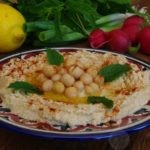