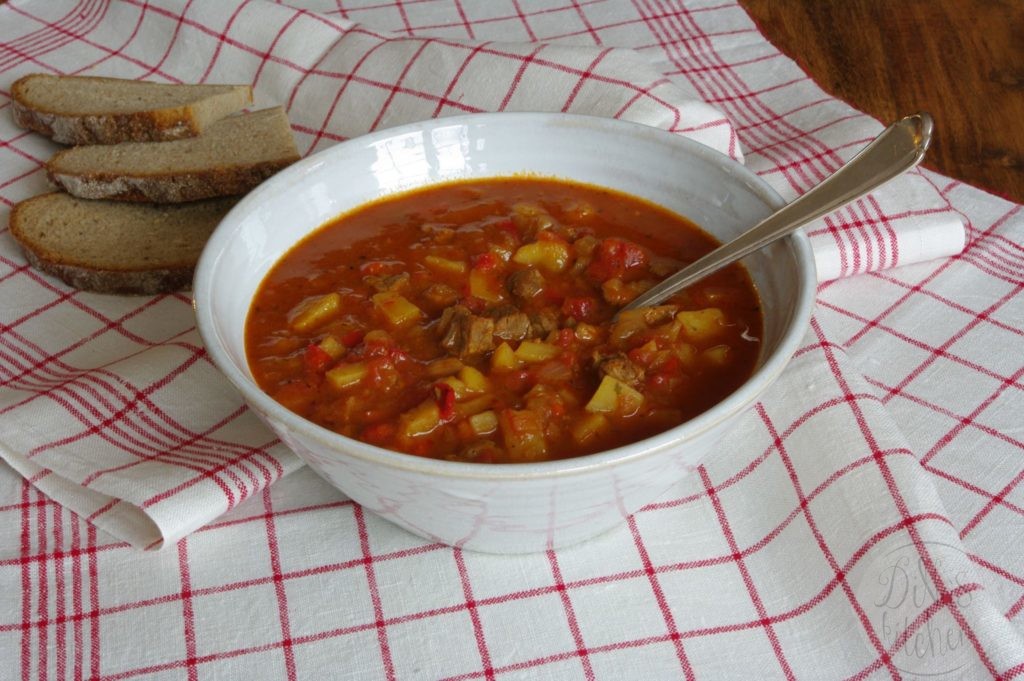 Nothing beats a warm Goulash on icy winter days, especially like today after a long walk in the woods. I had prepared the soup before and let it cook on a small flame while I was away. What a blessing to return to the cosiness of my home, and find it filled with the warm smell of paprika, pepper and oregano! I took off my hiking shoes, my jacket and my bonnet, grabbed an empty cold bowl and filled it to the top with this heart warming most delicious soup!

I loved this version of Hungarian Goulash instantly when I tried it many years ago. As the name suggests, Goulash originated in Hungary, but it is widely popular in central Europe. It also exists in different variations. It can be cooked with beef, lamb, pork or venison. It can be prepared more like a stew served with pasta or like a soup served with bread. There is Goulash in tomato sauce, but also goulash in a dark beer sauce. I have tried the latter, mouth-watering experience! Goulash is very versatile also in terms of spices and vegetables. Some cook it only with meat and lots of onions, and others add peppers and potatoes. Some recipes include caraway, and others include oregano and mustard. The list is long, I tell you, which makes Goulash an intriguing recipe to play with. An authentic Goulash, however, should always be a little spicy. Germans love to serve it as a midnight soothing dish in private parties on New Year’s Eve.

But again, who says Goulash can’t be cooked outside Europe, in Lebanon in summer for example? Two years ago I made a big pot of Goulash for a Bonfire summer Fest organised by “Marjeyoun Connect” in the Pine Woods of Marjeyoun, a small town in south Lebanon. I was lucky to have helpers who cut and chopped the meat, onions, peppers and potatoes. Even the little ones in the family engaged in their own ways, and everyone was excited to taste a new dish. At the end, the soup turned out to be the hit that evening! 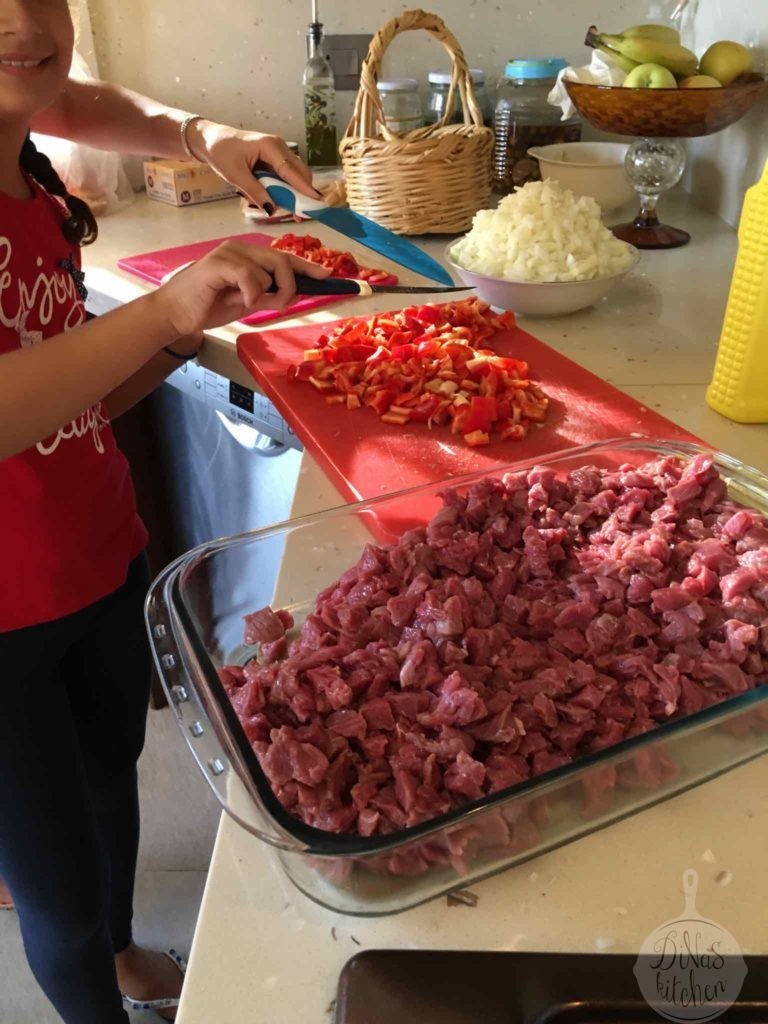 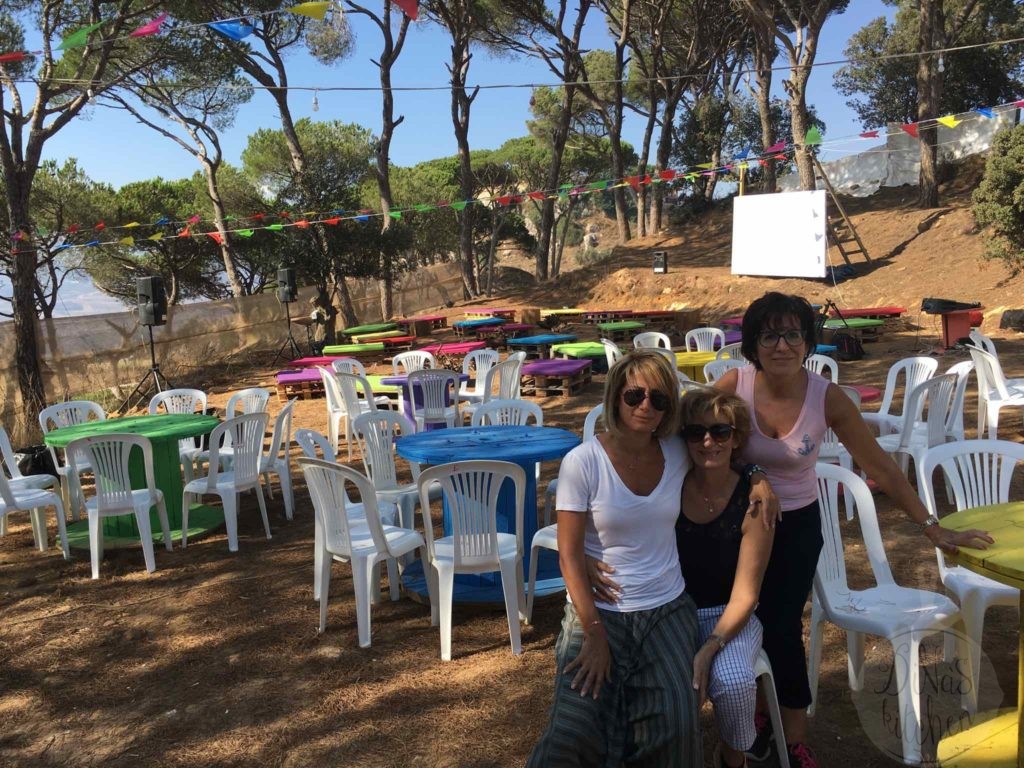 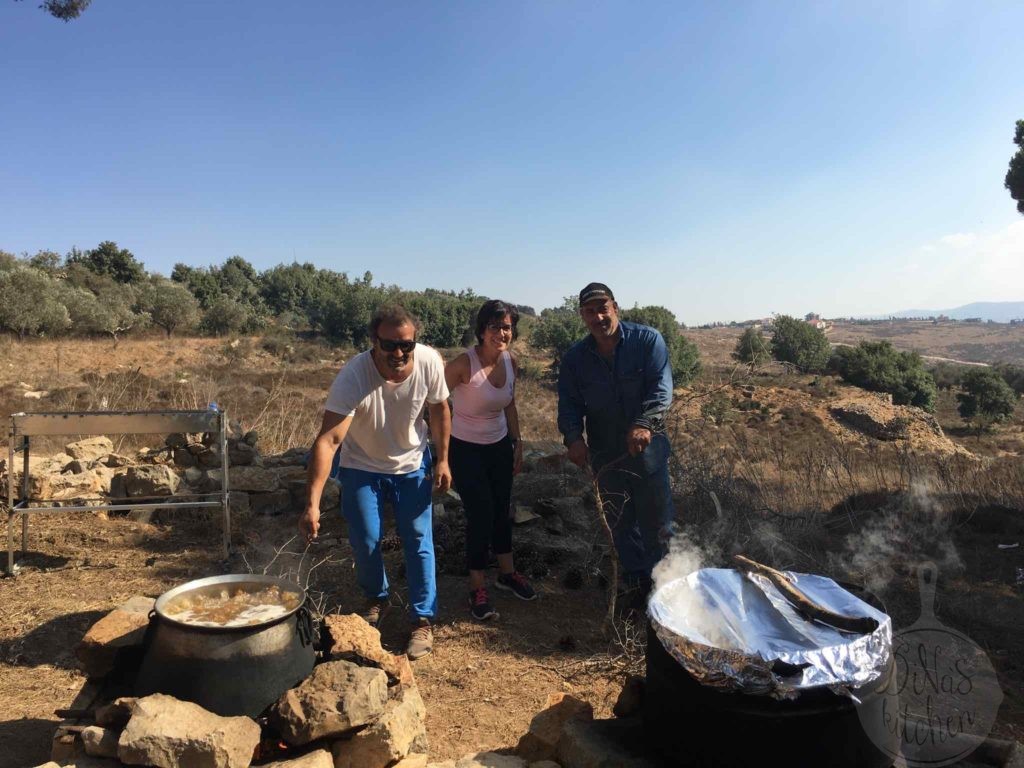 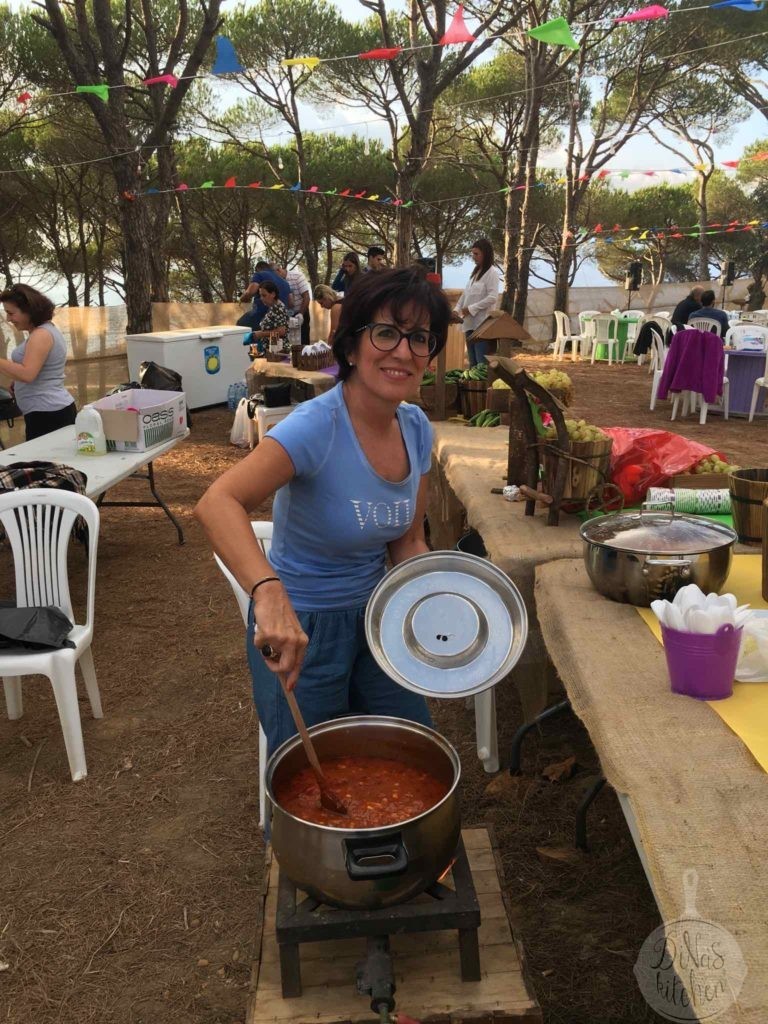 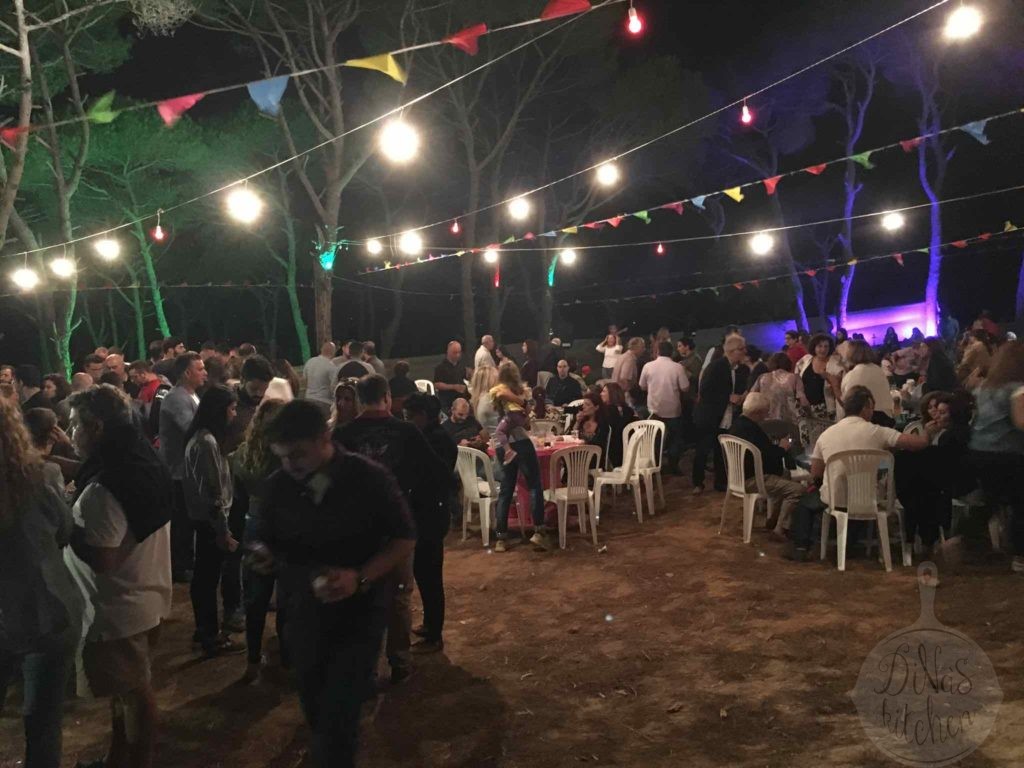 As luck would have it, I was contacted by Radio Monte Carlo to talk about a German dish one month later. I chose Goulash and gave some interesting historical facts about it. So if you speak or understand Arabic, you can listen to the interview on Lebanese Cookbook page under Press. If you don’t, and you are interested to learn more, you will find lots of information online.

And last but not least if you are looking forward to trying the soup, just follow the steps and recipe below, and warm your loved ones with this incredibly hearty and tasty soup. 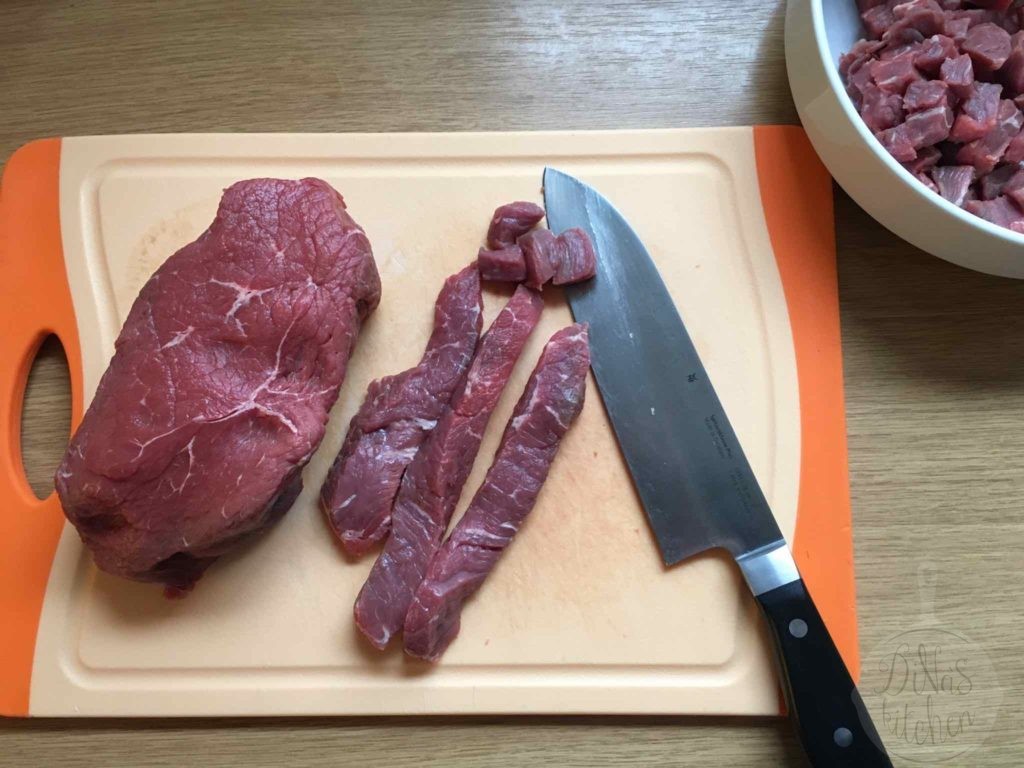 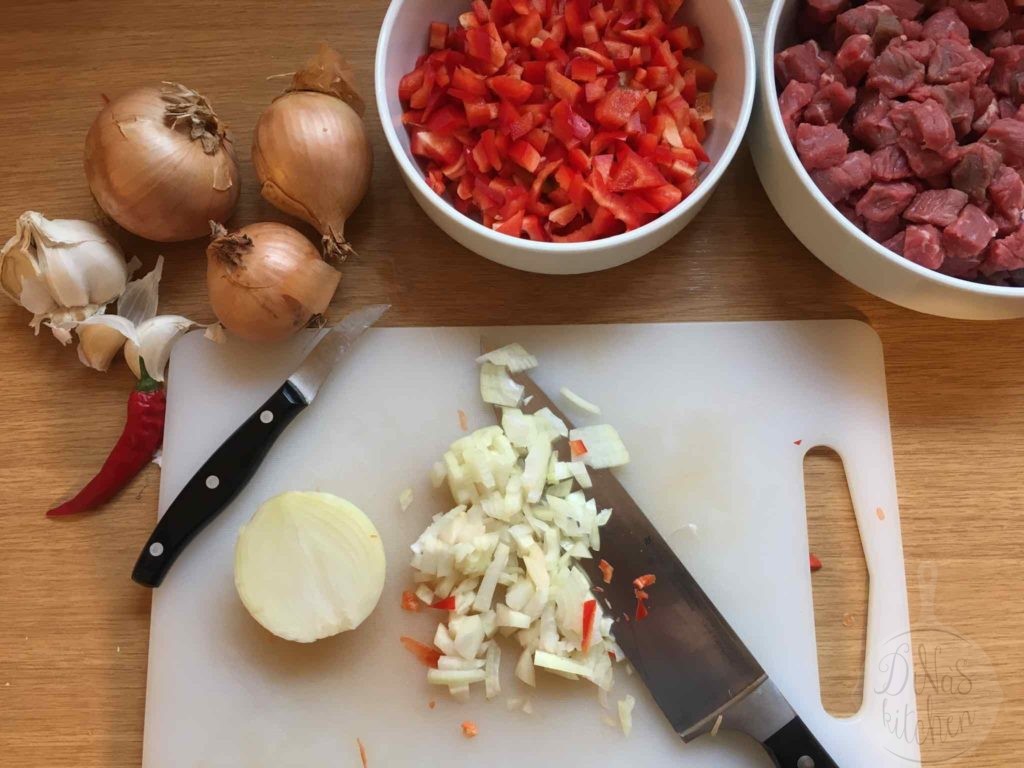 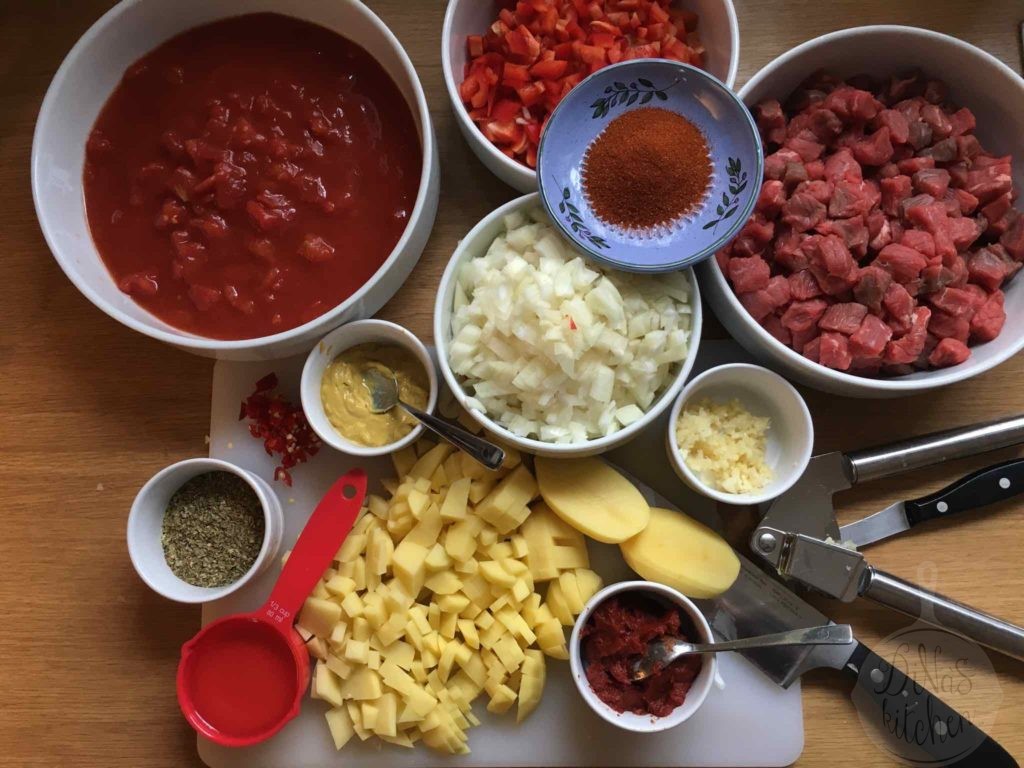 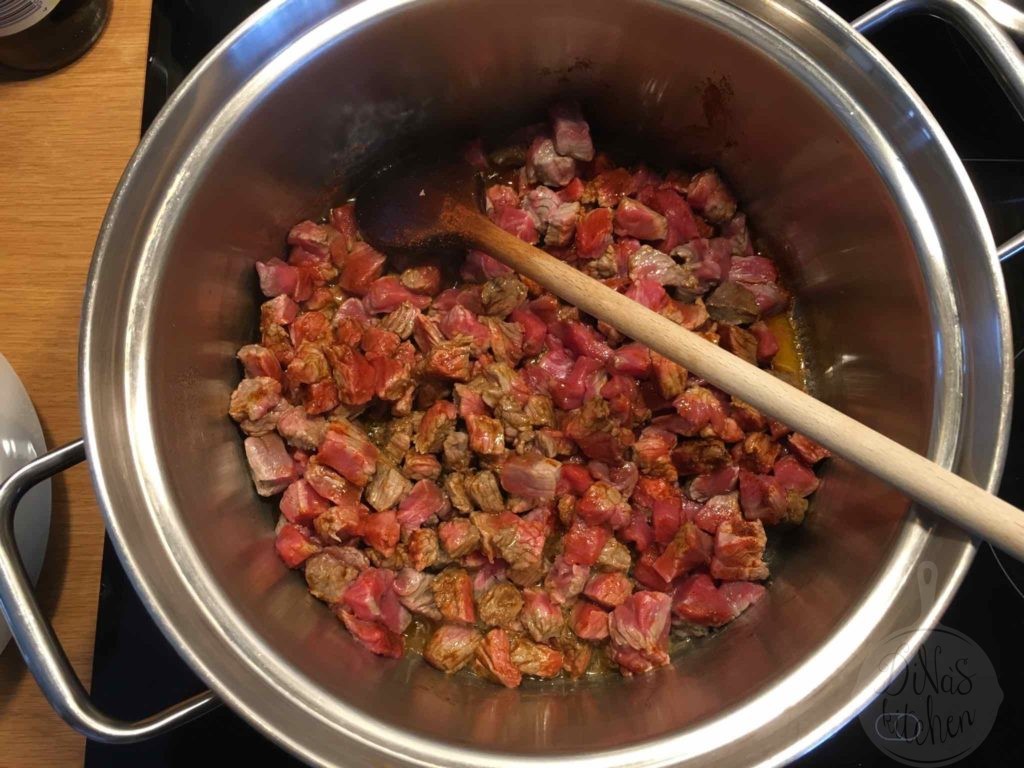 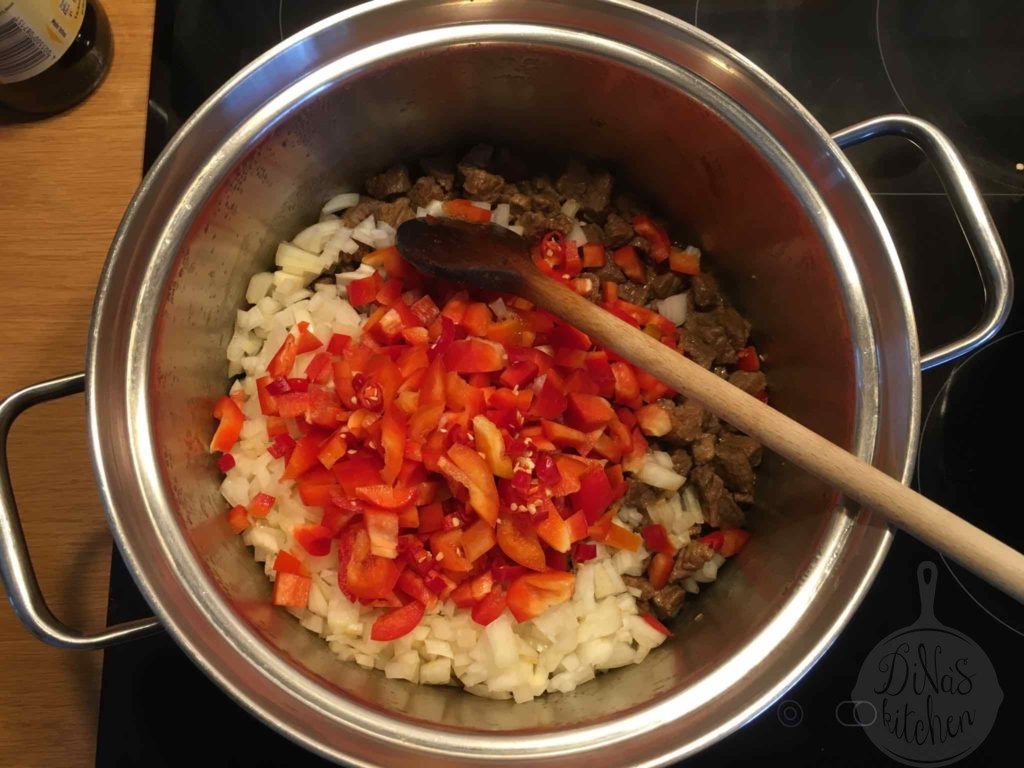 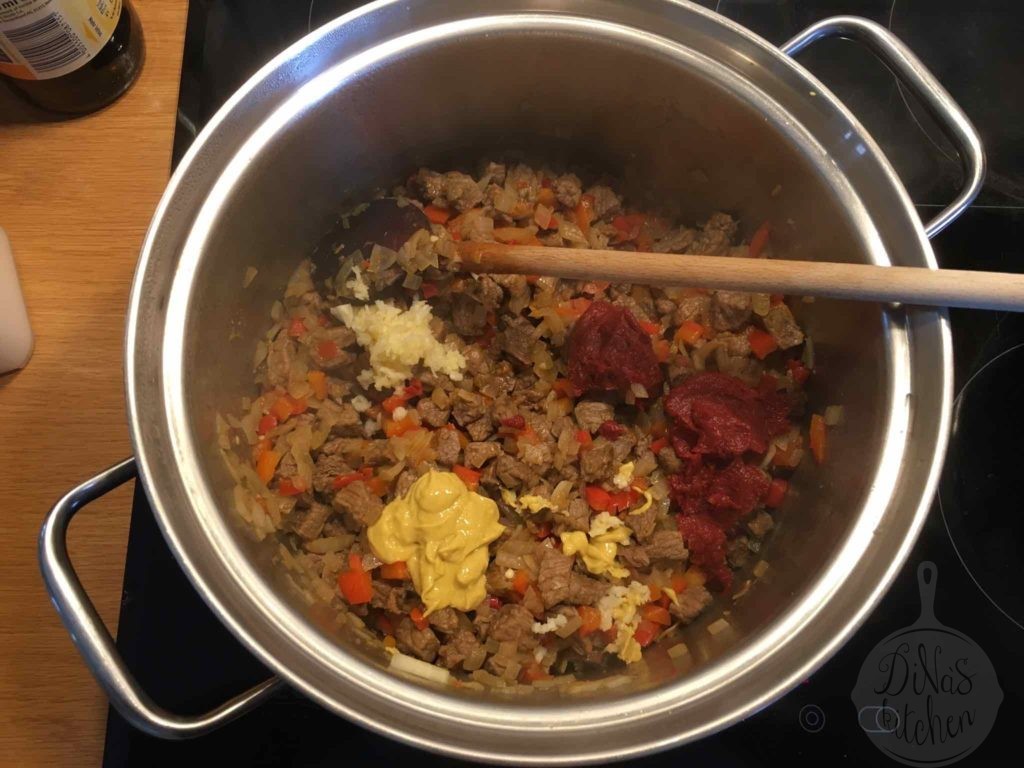 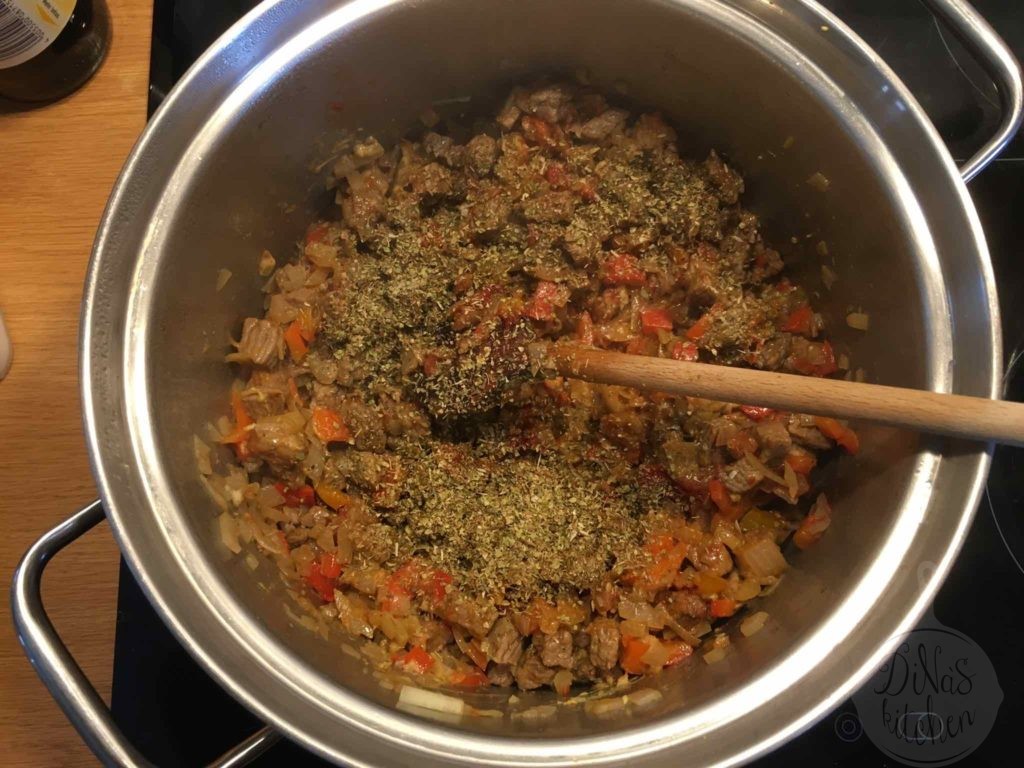 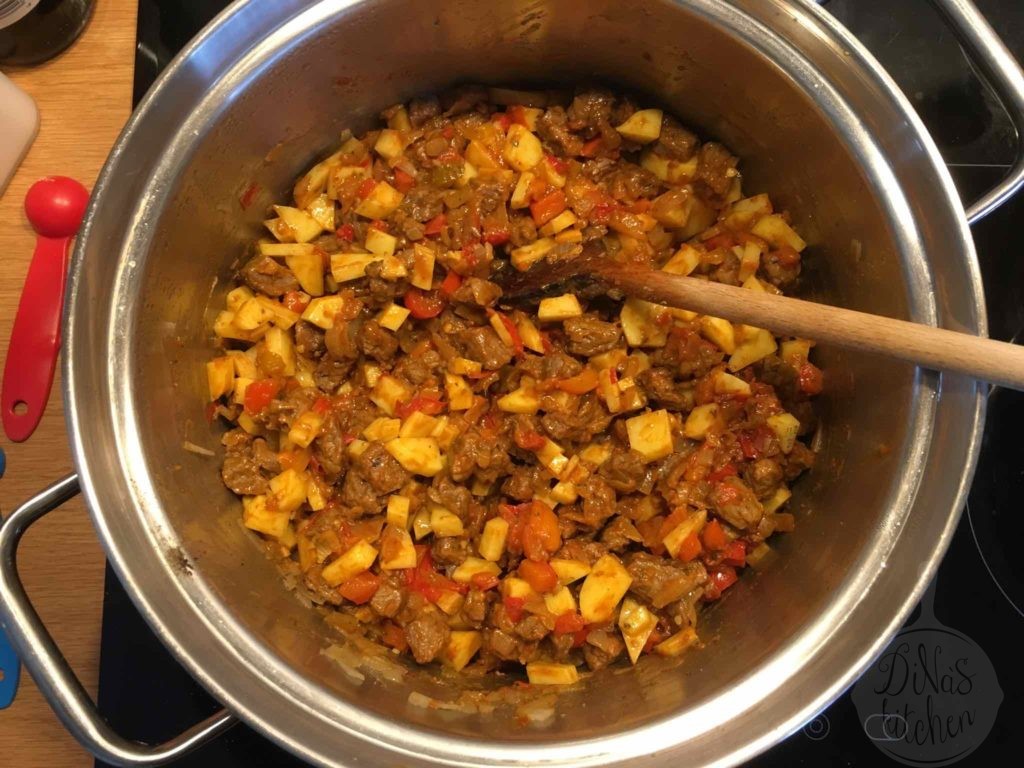 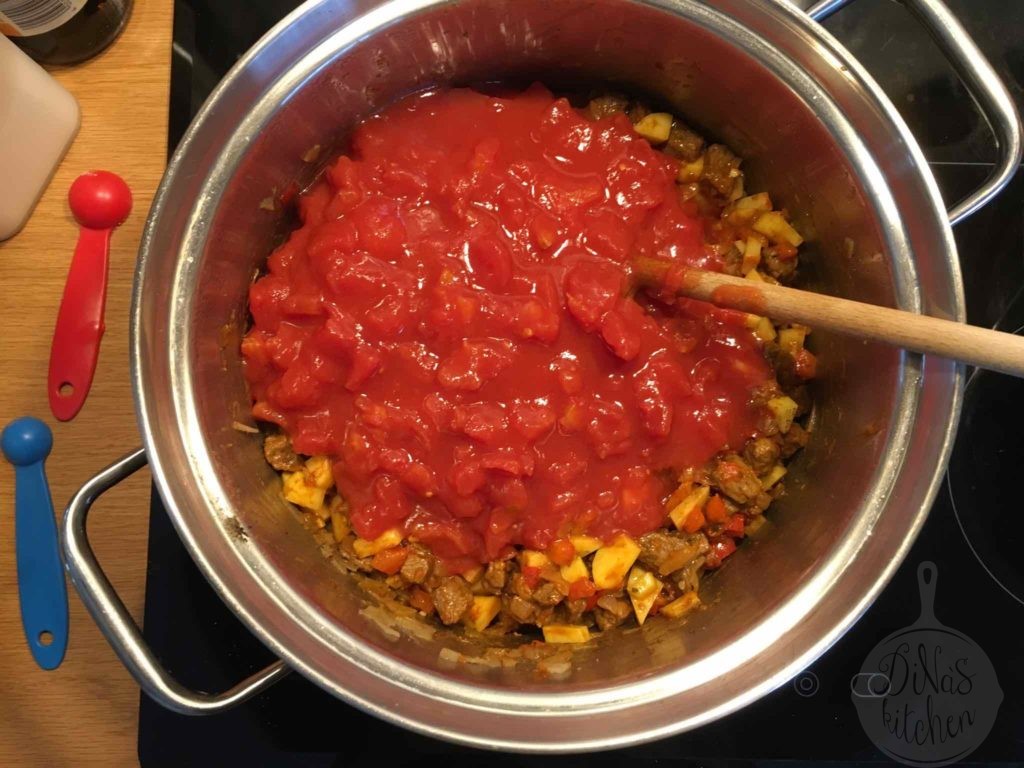 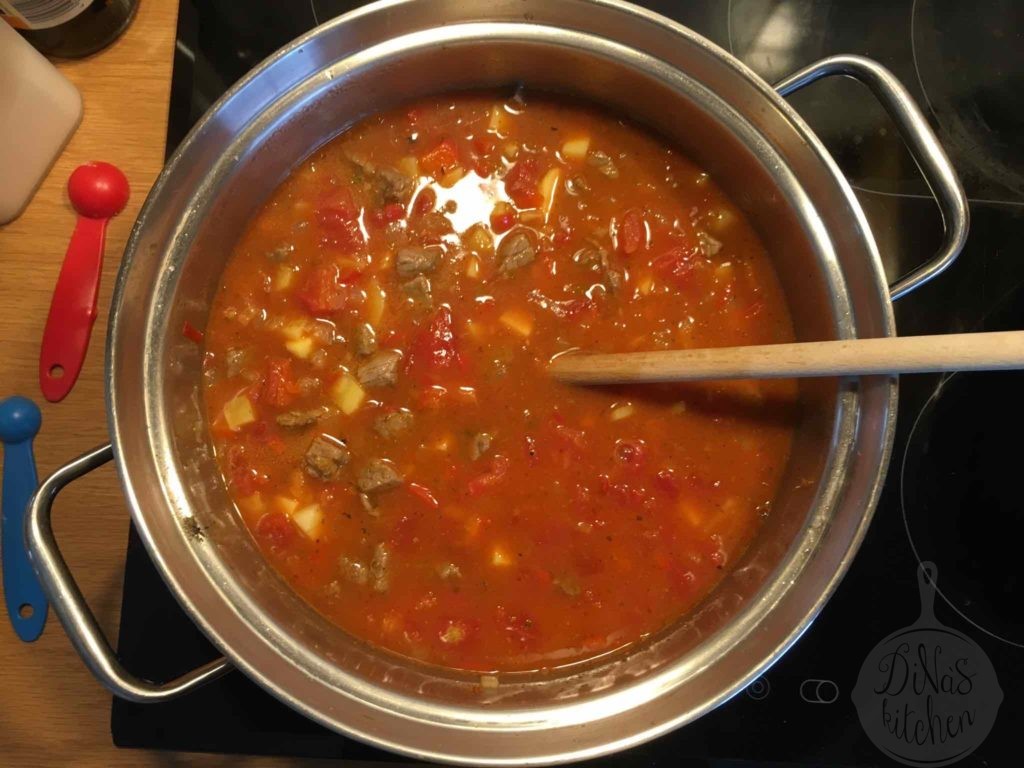 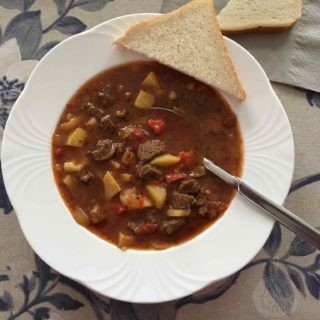